A supply of nutrients and minerals to soils which is greater than the amount needed to maintain soil health and fertility actually endangers the soil and can negatively impact on surface and ground water sources1. Due to the intensive nature of dairy farming, many minerals are imported onto the farm, in the form of fertilisers, concentrates and supplements, all of which include various amounts of macro, micro and trace minerals. Often a farmer will not realise the extent to which they are over importing minerals. The only manner in which minerals should be removed from the farm is in the milk which is produced, any crops which are sold, and any animals which are sold or culled. This is not always the case, as minerals can be lost by dung on roads, which is washed away, and other excess minerals which are leached through the soil, or washed away by rain. Both of these result in the minerals ending up in ground or surface water, which has a negative impact on these sources.

The amount of minerals lost from the system can be limited by ensuring that there is not an oversupply, which would result in excess minerals than what are being removed. This would also ensure that the minerals from natural sources (such as the dung, mineralisation processes and nitrogen fixation) are cycled through the system by the soil life, rather than being lost, and plants relying on minerals from fertilizers.

Fertilisers, especially ones containing nitrogen, emit N2O gas when they are spread. This is a greenhouse gas which has a very high global warming potential (310 times more than CO22). There is also a large carbon emission factor related to the production of fertiliser and its transport to farms. By limiting the amount of fertiliser used, a farmer can greatly reduce the farm’s carbon footprint. 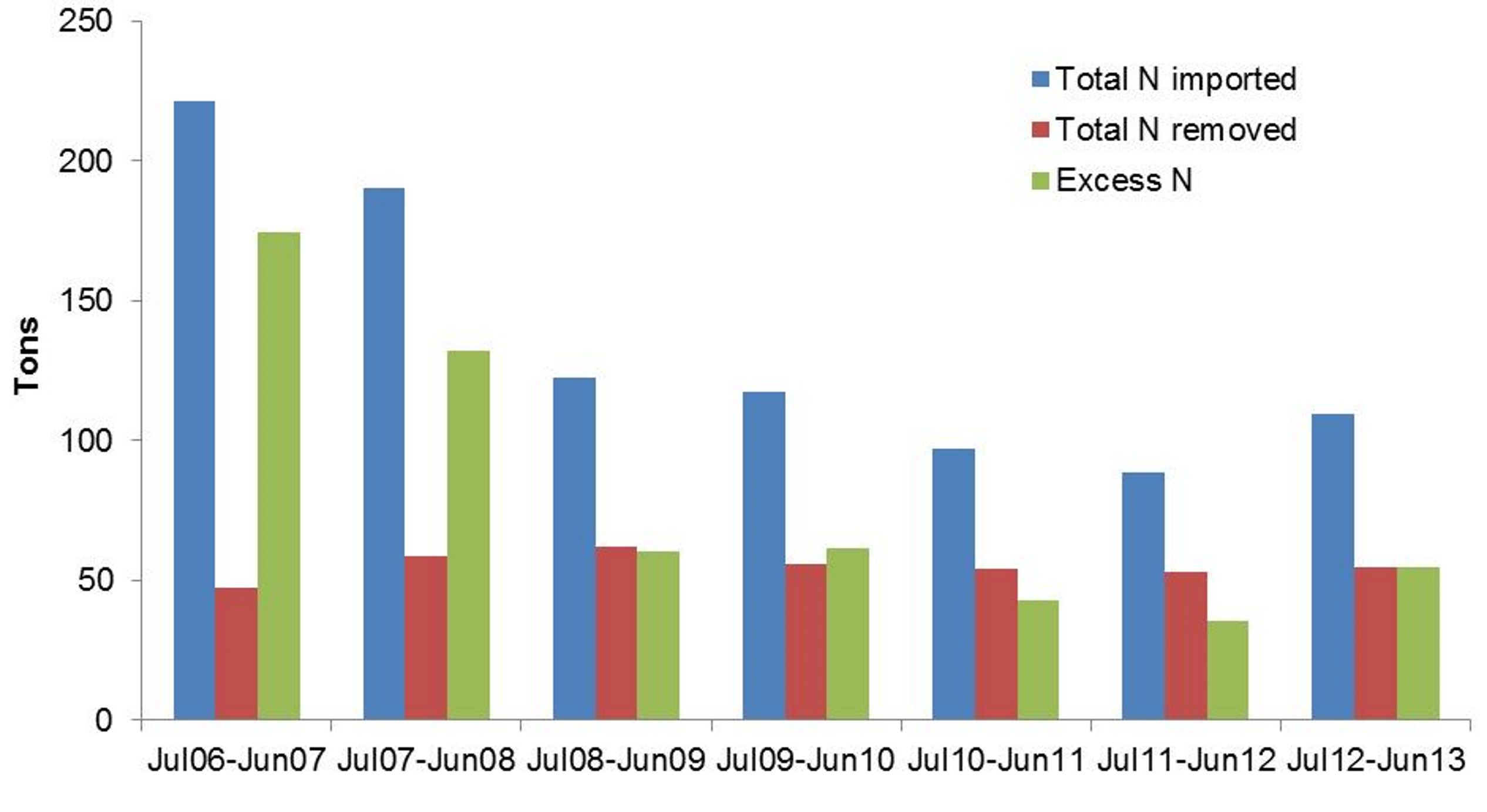 Figure 1: Accounting, over the last seven years, for total nitrogen imported through fertiliser and concentrates (fed to lactating cows), and total nitrogen removed in milk and all livestock sales (including culled cows, heifers sold and bull calves sold). Note: This does not take into account the minerals brought onto the farm through supplements and concentrates for dry and heifer cows

Figure 2 shows that this reduction in nitrogen brought onto the farm, through a reduction in nitrogen fertiliser used and less concentrates fed, did not have negative effects on his total dry matter production of pasture, which actually increased over the same period of time. It also shows the major decrease in the amount of nitrogen fertiliser that was put down per kg dry matter of pasture produced.

Figure 2: The decrease in kg of nitrogen applied to pastures through fertiliser per kg of dry matter of pasture produced and increase in the total dry matter production of pasture over the last seven years

This reduction in minerals (illustrated through nitrogen) has saved the farmer money by reducing his need for external inputs. It also reduced/limits the possible negative impact which excess minerals can have on the environment. This has resulted in the farmer relying less on inorganic sources of nitrogen, and other minerals, and rather relying on the natural processes which cycle minerals within a functioning ecosystem. A goal of sustainable agriculture is too implement practices which ensure the long term viability and success of farms. The case study here is a good example of how this can be put into practice.

The impact of Gypsum on sodic soils
Scroll to top