It is not news to anyone that there is a big global push to reduce nitrogen fertiliser use. And it is an almost constant topic of conversation that we have with the farmers we work with. The challenge sometimes though, is that nitrogen fertilisation cannot follow an exact formula. I know many farmers would like it to be that way, but unfortunately the nitrogen cycle in the soil, water and atmosphere is so much more complicated than that.

Trace & Save has been advocating for reduced nitrogen application for many years, and we use various principles to help farmers in achieving this. The most important principle is the improvement of soil health since healthier soils require less inputs, including nitrogen fertiliser. This is due to healthier soils being able to mineralise and cycle a greater amount of organic nitrogen, converting it into plant available, inorganic, nitrogen. Further to that, we advocate for lower fertiliser amounts being applied at a time, and nitrogen applications rather being divided into lower amounts more often, rather than higher amounts. In dairy pastures, we have found that applications of greater than 30 kg of N/ha/application are inefficient. And an application rate of over 200 kg N/ha/year is also inefficient. These are very general principles, and there are a lot of variables that play a role.

What has been encouraging for us to see, is that there is now also research from Stellenbosch University and the Outeniqua Research Farm that support many of our observations and principles.

What the research shows

In a paper titled “Benefits Are Limited with High Nitrogen Fertiliser Rates in Kikuyu-Ryegrass Pasture Systems”, Viljoen et al. (2020) found that the high nitrogen application rates which have become conventional in dairy pastures are not necessary. They applied various nitrogen rates (0, 20, 40, 60 and 80 kg N/ha/grazing, as well as a variable N application based on the level of nitrogen in water extracted from the soil). They then looked at the pasture production of these different treatments. The goal was to see what response the pastures had to the varying fertiliser application rates. This was done on an operational research farm, so there were cows grazing and being milked on these pastures as per usual. 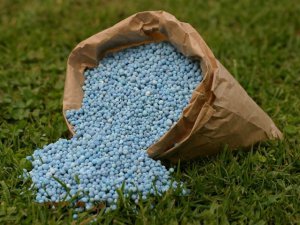 I just want to point out some of the most interesting findings from my perspective:

We did not need this research to give us confidence in the principles we advocate for in terms of N fertiliser management on dairy pastures – we have gained confidence through the results obtained by the farmers we work with. But it is encouraging to see other research which confirms what we have been observing.

Trying to understand the stocking rate dilemma
Scroll to top