The relationship between soil carbon and bulk density

Bulk density is the amount of dry soil in a specific volume that the soil occupies. It is regarded as one of the important indicators when assessing for soil quality and health as it gives an indication of the degree of compaction in the soil. It has been documented that a soil which bulk density is high, indicates that the soil is compacted. The density of the soil is influenced by many soil factors of which one of them is carbon content in the soil. The amount of carbon in the soil helps to determine the fertility of that soil.

Soils which have higher carbon content will have a lower bulk density, meaning that the soil is less compacted and therefore assumptions can be made about its fertility status. A soils bulk density is expected to increase as you move down the soil profile. This is based on the fact that the soil on the surface weighs heavily on that below it and therefore influences its bulk density. Carbon also tends to decrease deeper in the soil profile, which will also influence the bulk density as previously mentioned. The relationship between these two soil properties has been reported as an inversely proportional relationship (with the one increasing as the other decreases and vice versa).

Soil samples were collected in Tsitsikamma area of the Eastern Cape, South Africa and were analysed for these two properties. Corresponding to literature, the properties showed an inverse relationship. Below is a graph demonstrating the relationship. 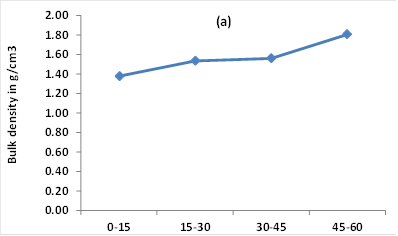 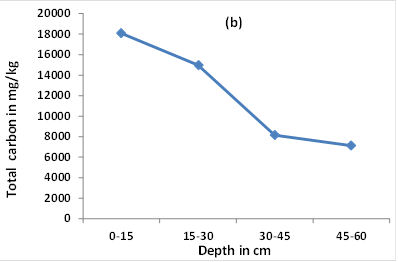 It should be remembered however that a soils bulk density is a dynamic property that varies with the structural condition of the soil. This condition can be altered by other factors other than carbon content. These factors include cultivation, soil particle size, trampling by animals and agricultural machinery. It is therefore also important that those factors are also taken into account when drawing conclusions about soil compaction status. Nonetheless, knowing the soils carbon status will help in validating the exclusion of some internal soil factors influencing the bulk density when making management decisions.  Building carbon in the soil is also a good way of improving bulk density and ensuring good soil structure over time.

Water use, irrigation and pasture growth on dairy farms: A case study from Oyster...