Is carbon our enemy?

Emphatically no, carbon is not our enemy. In fact, carbon is the building block of life. Everything alive is made of it. The problem is simply a matter of the balance of carbon present in the atmosphere vs what is stored as sinks in nature, such as the soil, oceans, forests, plants, and animals.

This means that our opportunity to change the balance lies in the sequestering carbon from the atmosphere and locking it into the sinks nature provides.

We rely on healthy soil for 95% of what we eat.

The soil is a living miracle. In one handful of soil; there are more organisms than there are humans on earth. We are now only beginning to understand this vast network of beings right under our feet. We rely on healthy soil for 95% of what we eat but yet we take it for granted. 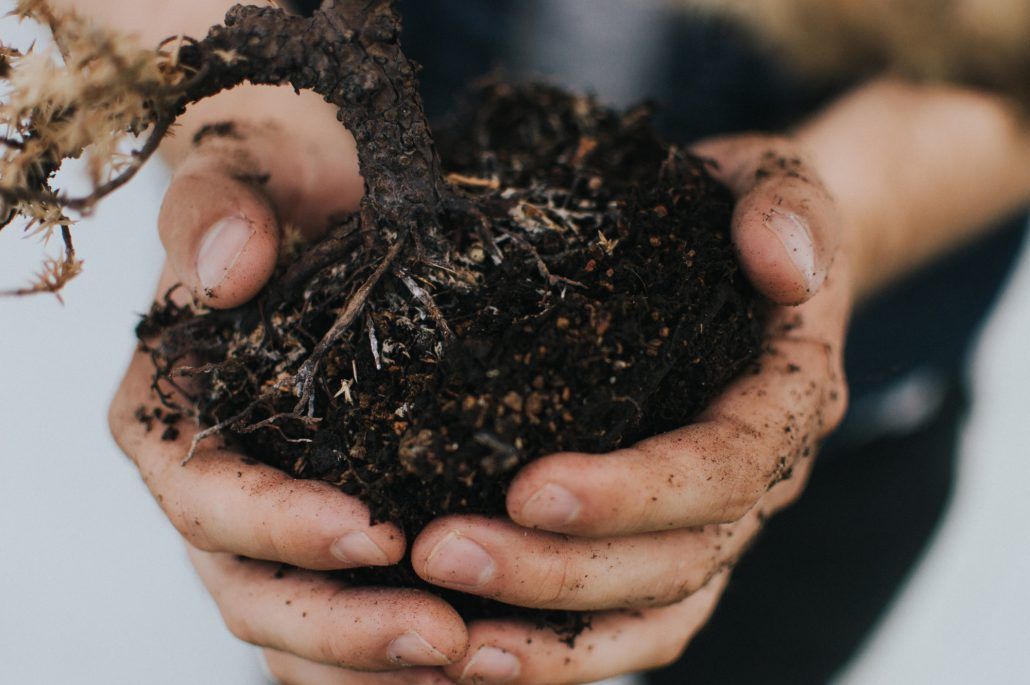 Thousands of years of ploughing, deforestation, and erosion have left our soil in dire condition. Yet we continue to accelerate the loss of this essential resource. But there is a lot more to the story.

When a soil is damaged, it releases carbon dioxide into the atmosphere, and this has had serious consequences to the climate. Too much carbon in the atmosphere is causing the earth to overheat.

The excess carbon is also acidifying our oceans, threatening marine life. Meanwhile, there is not enough carbon where it once was: in the soil. In fact, many of the worlds cultivated soil have lost more than 50 % of their original carbon stock.

How do we put carbon back in the soil?

All this said, there is actually some good news, we now know how to put carbon back in the soil where it belongs. Plants capture carbon dioxide in their leaves and pump the carbon down into their roots to feed the hungry microorganisms living in the soil. Now what has been atmospheric carbon, a problem, becomes soil carbon, a solution.

Practices such as keeping the soil covered with plants, increasing plant diversity, composting and carefully planned grazing are proven ways to put carbon back into the soil. Carbon-rich soils act like giant sponges, absorbing water during floods and providing it to plants in times of drought. Adding carbon to the soil makes the land much more productive, and we need productive land to secure food for our increasing population.

Climate change, How do we know?

A boon for soil, and the environment.

Soil aggregates: the armour in your soil
Scroll to top