Soil food web series: Nematodes, the good and the bad

These nematodes can be studied and their presence in the soil can tell you about the abundance of other microbes such as bacteria, fungi and other nematodes. This is due to the fact that most of the nematodes in this group have a very strict diet. Bacterial feeders/grazers, otherwise known as bacterivores, only feed on bacteria; fungi grazers (fungivores) only feed on fungi, while predatory nematodes feed on protozoa and other nematodes. For example, soil that has a high bacteria population is most likely to have an abundance of bacterivorous nematodes. It is important that a soil food web contains all of these types of nematodes, especially the predators, in order to maintain the balance. Predatory nematodes act as biological control agents by controlling the bacterial and fungi populations in the soil, ensuring that over-feeding of bacteria and or fungi by other nematodes or protozoa is avoided. Another important role of free living nematodes is their ability to revive old and inactive bacterial or fungal colonies. Nematodes do this by carrying them to fresh organic material which provides easily digestible food thereby giving these microbes a better chance of being activated. 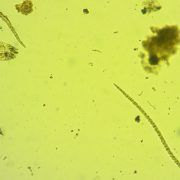 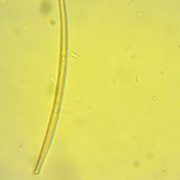 Nematodes don’t move much in soil as they have been reported to only move no more than 1 meter in their entire life cycle. The major way in which they spread in a field is through tillage which could possibly lead to nematode infestation, especially if the nematodes being spread are the bad ones. There are 2 ways in which they can spread through tillage: 1) transference of their eggs by wind to other parts of the field, and even to neighbouring farms, induced during tillage; 2) transference by the tillage implement to other parts of the field.

These types of nematodes are a nightmare to deal with because they can cause very serious plant diseases. These nematodes puncture the plant roots and suck out fluids from the plant causing the plant to wilt. When a nematode attacks the plant it opens up the plant to all sorts of vulnerabilities. The plant’s defence system is weakened, causing it to be susceptible to attacks from other bad microbes and pests. Farmers should be careful not to implement management practices that could cause the possible spread of bad nematodes in their fields, especially because the infestation of the bad nematodes is very difficult and expensive to control.

The role played by nematodes is important in the soil. Not only are they critical in maintaining balance of the food web but also their presence in the soil provides an ability to estimate the amount of other microbes. It is however important that further research is carried out in order to better understand the role of good nematodes in the soil ecosystem.

Portia is a Trace and Save researcher and has been part of the team that works on the Woodlands Dairy sustainability project for the past 4 years. She studied B.Sc in Agriculture where she majored in crop and soil science at the University of Fort Hare. She went on to do her honors and master’s degree in soil science at the University of the Free State. She is very passionate about soil health and soil microbiology and believes that applying soil health principles will rehabilitate degraded soils.