Paying back the carbon debt

Pay back the carbon

Rebecca Burgess, founder of the Fibershed project says that, “our soils have a carbon debt; the atmosphere is gushing with carbon. The carbon over our heads is literally in the wrong place” and this couldn’t be truer. Greenhouse gas emissions resulting from practices such as industrialisation and agriculture are the major causes of the high atmospheric carbon dioxide levels we are faced with today. The result of this is climate change.

I don’t think there is a topic in the entire world which has been discussed more than that of climate change and global warming. Understandably so, it is an important topic that should be discussed by the general public and the highest tables of bureaucracy with extreme urgency. But, more important than the discussion is the implementation of mitigation strategies which have been tabulated and proposed for almost 30 years now. 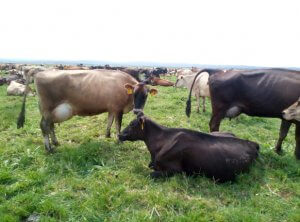 Agriculture, specifically dairy and meat farming has been at the receiving end of the bashing from the environmentalists, and by extension, have been used as the poster child of emissions associated with agriculture.  This is due to the high levels of methane and nitrous oxides that get emitted during the production of milk and meat.

Livestock farmers though, stand in the unique position of actually being able to offset and sometimes get credit on their emissions. This is because cows graze on pastures and pastures grow on soil, and soil has been identified as the one natural resource that can sink the carbon back within a short period of time and at significant amounts.

Cows can actually be part of the solution

Are cows really that bad?

Soil and pastures, the saving grace 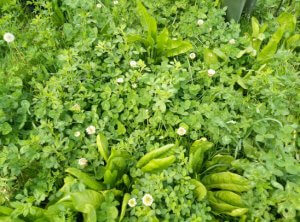 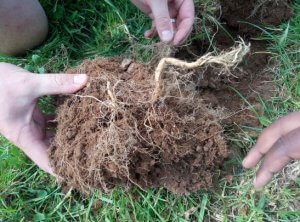 Soil carbon sequestration can be a corridor to a stable and harmonious climate by drawing down the dangerous atmospheric carbon and putting it into the soil where it is an agricultural asset. The process of drawing the carbon down involves plants, which do this through the process of photosynthesis. Plants capture the carbon and transport it down their body to the roots and then release it to the soil where it is stored as organic matter. It later forms part of the humus, the battery of the soil.

Livestock farms have millions of solar panels in the form of pasture leaves and are ready to capture this carbon. Though small in size the surface area they cover is enormous. Pastures, because of this advantage, can sequester a more resilient carbon sink.  Furthermore, unlike forests, pastures sequester most of their carbon underground, as opposed to storing it in their body mass.

Farmers, the ball is in your court

The benefit for the farmer in carbon stored underground is incomparable. It helps store more water and nutrients and facilitates macro and microbial diversity and species preservation. This in turn benefits the environment. I wish the environmentalist community could see this opportunity and capitalise on it. Capitalising on making sure that the farmer implements practices that improve the sequestration of carbon in his/her soils. This option is a benefit for all.